Dismiss Staff members at BHC's Home Office are operating in a hybrid environment (working some days from home, and some days in the office). Before visiting 23 W. Broad St., call to verify that your contact is in the office. Thank you! 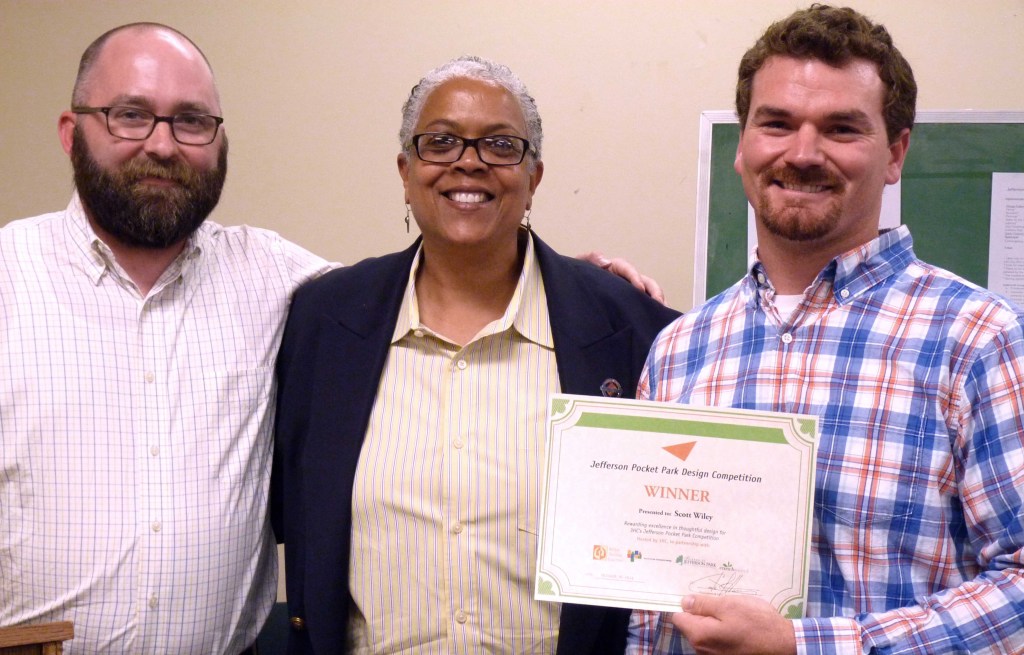 Wiley and four other finalists displayed their design concepts at a public voting event held at the Family Resource Center on Jefferson Avenue in Church Hill. During the event, the eight judges evaluated the designs and rated each on a scale from 1-10 based on competition criteria. Members of the public who attended were allowed to cast one vote for their favorite design, which was added to the judges’ scores to determine the competition winner.

3HC partnered with the Better Housing Coalition, Storefront for Community Design, Friends of Jefferson Park and the enRichmond Foundation to launch the competition.

In addition to Wiley, the other four finalists are: Alex Beatty, Naomi Siodmok, Bennett Smith and Zack Saunders.

3HC plans to present the winning design to the City of Richmond planning commission, with a view to begin installation in spring 2015.

You can learn more about the Pocket Park here, and view photos from the final event on BHC’s Facebook page here.